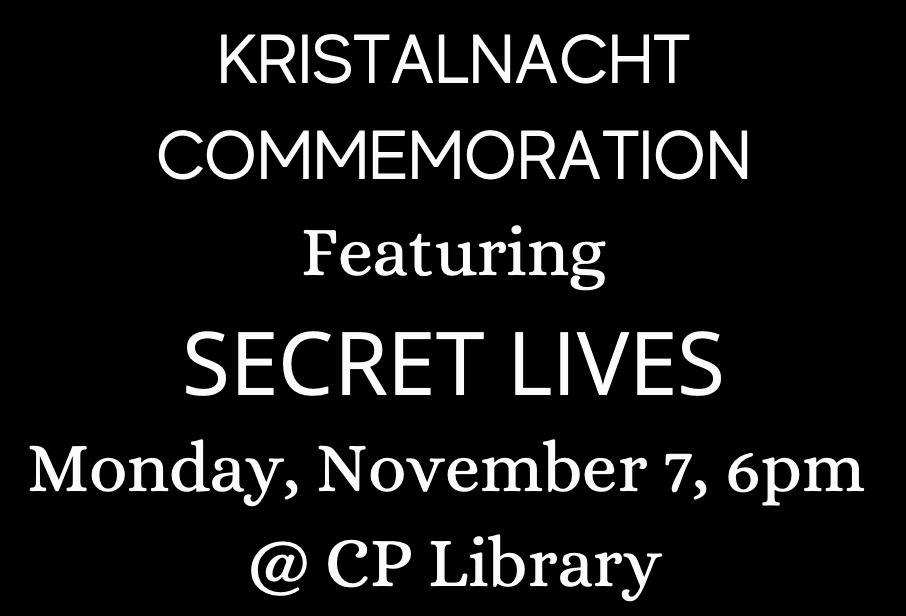 Join us as we commemorate the 84th anniversary of Kristallnacht the “Night of Broken Glass” with a program of remembrance and reflection.  The name Kristallnacht (literally ‘Crystal Night’) comes from the shards of broken glass that littered the streets after the windows of Jewish-owned stores, buildings and synagogues were smashed.
On the 84th anniversary of Kristallnacht, we invite you to learn about the hidden children whose lives were forever changed in its aftermath.

Rochelle Kitchen, a hidden child herself, born in Bialystok and hidden in Lomza and Kolaki Koscielne, Poland, will join us to share her recollections and her resilience building a new life. The lessons she shares with us all are especially relevant with the recent increase in anti-semitism here and around the world.
We will then have a Secret Lives film screening about the Hidden Children.
For more info contact 518-495-0772 cliftonparkchabad@gmail.com