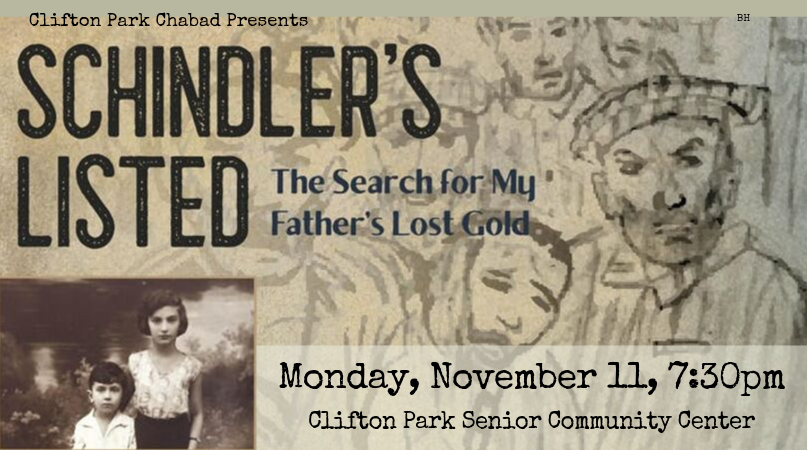 Come hear Dr. Mark Biederman as he shares his extraordinary story of the 20-year quest to find gold coins which his father’s family buried in their backyard in Poland before being deported by the Nazis.

His father survived the war but died when Mark was a teenager, leaving him only with the knowledge that his father had buried the coins somewhere in Poland.

During his quest Mark uncovered many interesting and disturbing facts about his parents; his father was the third person on Oskar Schindler’s list and had a chance meeting with Adolph Hitler – while his mother was selected as a cook for the infamous Dr. Josef Mengele.

Mark Biederman knew there were secrets in his family…Hear his extraordinary story!

Mark Biederman was born in Michigan in 1961, the son of two Holocaust survivors, both of whom lost their entire families. He became an avid Holocaust history devotee at a young age, when he became aware of a complete lack of extended family and wanted to learn what happened to them. Mark graduated from veterinary school and specializes in horse medicine and surgery.

Fun in the Heights